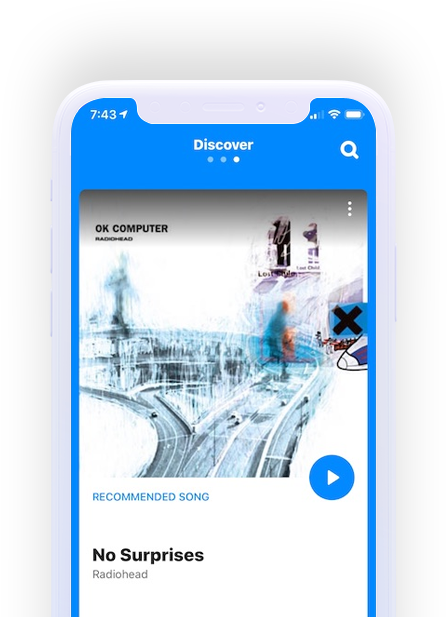 There must be many times when you remembered the tune of a song but don’t know the name. Well, now you don’t have to worry about its lyrics or ask your friends about the name of the song. Shazam is one of the significant applications that allows searching for songs. Before Shazam many companies approached this idea but their song identification was limited to some radio stations.

Shazam was launched in the year 2002, and at that time there was a number to dial, and people got their music recognized. The user received the name of the song and the artist's name by SMS. Now, Shazam is available as an application on the Play Store and Apple Store.

Shazam listens to and identifies music, working in both active and automatic mode. It listens to the music in the background, recognizes the song and displays its details, and asks to add the song to the Spotify list. 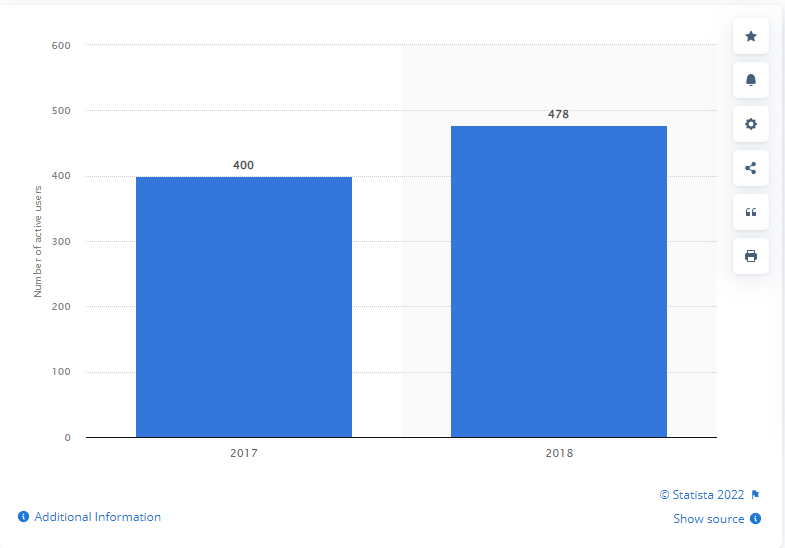 No of active users on Shazam globally in 2017 and 2018
Sources: Statista

Shazam works as an important tool for musicians and a potential way to connect with fans. The music remains in the Shazam database if the artist cancels their distribution. Because the fingertip is destroyed, they have no track record for canceled distribution. They also ask artists to submit their biography and lyrics for better visibility.

Now, Shazam has also added the opportunity to buy tickets to a concert and listen to recommended tracks. Shazam similar app has made it a platform for older artists to be relevant in the industry.

Now, if you are wondering how to create an app like Shazam on Android or iOS let’s look into its features and an analyze the other questions.

In a Shazam clone app, there is a lot to consider in the making of the application. You need to build a strong team that can work vigilantly at every step to make sure the end product is excellent. This segment is a close intake on how to make an app like Shazam. So, let’s dive into the details.

Before starting any process, you need to make a team. A professional set of hands to make the best version of your app like Shazam. Your team can be a great tool in making the finest products Some of the important team members needed are:

To build a backend development process for an app like Shazam, it uses Python and HTML5 as Shazam programming languages. These are the basic languages used in the development of the application. Moreover, you can use NoSQL for the database as it complements the mobile applications. Additionally, other database systems used by Shazam are Amazon S3 by Amazon and DyanmoDB.

Steps# 3- Analysis In The Market

The app business market is always on the edge of competition. The listing of apps keeps changing, and there were 3.14 million apps listed on the Playstore. Thus, before going into the development stage be aware of the market and carry out a deep analysis of it. It is crucial to be versed in the music identification industry.

You need to come up with a strategic business model that can help in running a business for the longest. Develop a strong, and identifying marketing and PR industry to stand out among the rest of the competition. Make a monetization strategy for your app like shazam for android to follow a clear path.

It is the most crucial part, and it has the most importance. For developing an app like Shazam, the best option is to hire professionals. Now outsourcing is a cost-effective and a fine option for business practice. Outsourcing helps to put off pressure from the employees and does the work at half price as compared to the house employee.

Step# 6- Test The App Before Deployment

Testing of an application is the one factor that can decide the fate of the application, you need to run a proper detailed test on the working of the application. Make sure the app is free of bugs and viruses or any other major-minor issues. QA engineers are the best for the job and hire a qualified engineer to test your app like Shazam.

The final step is to launch your application, and it is important to market it to make a visible presence in the industry. Social media platforms are the most effective source to market an application.

Now, let’s look into some of the notable features of Shazam and that will be of great help in making your app like Shazam for Android or iOS.

The Main Features Of Making An App Like Shazam

To make apps better than Shazam you can use two systems, either EchoNest or GraceNote. EchoNest is an open-source music fingerprinting and identifications system with other possible copyright detections services in apps like Shazam for iPhone or Android. While GraceNote is the leading metadata that helps in detecting, and connecting to the music and TV shows.

Let’s start with the basic features needed to operate an app like Shazam. These algorithms are for music identification but it is not the only needed feature. There should be other interesting features to keep people bound to your app like Shazam. A program like Shazam needs a proper music recognition function. Your app should be offering an array of features such as:

Designs play a prominent role in the applications and are one of the biggest factors in attracting people to your application. Other musk recognition applications have their animated voice recognition circles and your app also requires its distinctive element.

Shazam is customizing themselves and is becoming personal. One of the must-have features in an app like Shazam is a personal account. This can make the app easier to use and navigate and it will not get confused with anyone else’s list.

One of the effective features that can be added to the app like Shazam is adding a social aspect. You can make a top-rated music chart and add the most popular songs to the feed. Make a list of top searched or top trending songs and recent news of the music industry. This feature can work as an added benefit and identify your application.

Shazam does not only work in an online mode but now it also works in the offline mode. Thus, an app similar to shazam for android IOS should also have the feature to entertain its users in both online and offline mode.

So, how does Shazam work? Shazam hears better than we do. The music is broken down into digital data and matched with multiple points of a sample spectrogram which ensures an accurate match. The Shazam app also takes its users to music as well as artist artists name, and options to stream them online and buy on online music platforms.

Shazam uses a proprietary technology developed by the co-founder. The technology takes in the audio recording and it is the secret behind the working techno9logy of Shazam. They use audio fingerprints and spectrograms to identify music.

Audio fingerprints are used to identify audio samples and locate the matching audio laying in the database. The audio print matches the unlabeled music and matches the song’s fingerprints from the audio base.

The spectrogram is a three-dimensional graph that is used to represent sound. It takes the amplitude and volume into account and keeps the track of the change in frequency.

How Does Shazam Make Money?

Shazam earns their capital and profits through digital sales and user’s data. These methods can be applied in your app like Shazam to make a sterling sale and a visible name in the industry. Let’s discuss it below.

One of the ways Shazam earns and you can also use it in your selling is to offer digital selling of the music. On Shazam or other apps like Shazam, you can place an offer to buy music on iTunes. Moreover, platforms like Shazam have partnered with Spotify and other third-party streaming platforms. It is a great idea and one of the potential ways to increase traffic and earn millions of profits.

Earning from users’ data is not a direct mode of earning but rather a passive mode. Shazam has connected with Apple and they use their data to increase their sales and generate leads on their page. For an app like Shazam, it is an effective opportunity to partner with other prominent platforms.

Once you are completed with the development and backend phase of the application development, it is time to take care of the cost. If you are with a limited budget, it is better to make an application for a single native platform. It saves you from spending more and is considered a friendly option.

The development costs of an application depend on multiple factors such as;

So, to answer how much Shazam cost it has to be calculated on market rates per hour. The cost of an app like Shazam for the Android version can cost $110.00 and for iOS $112.000.

How much does it cost to make an app like Shazam?

A single platform of an app like Shazam would cost $1100.00 to $112.00 and a median of $50. You can estimate the price by calculating according to features, time and cost per hour.

A Shazam app is supported by both of the platforms. It is available for download to iOS and Android devices. Shazam is also available to Apple Watch, Mac, and Android Wear. You can acquire the Shazam like application with Apple for better streaming and earning.